If you know someone who is a huge Indianapolis Colts Fan, then you have hit the motherload of awesome gift ideas!

Perfect for the sports fan who also loves to be in the kitchen! Includes chef’s knife, bread knife, carving knife, utility knife, and a paring knife.

If a man in your life loves the Colts, gift them this ugly sweater as a prank! Or maybe they’ll actually wear it! 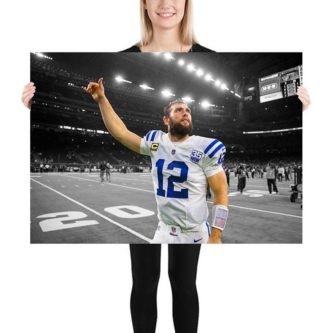 Andrew Luck’s departure this season was particularly hard for Colts fans, but this photo wall art is a great talking point for fans. 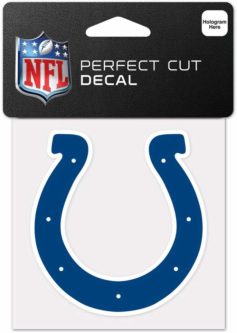 Help someone show off their love of the Colts with this decal! Perfect for laptops, water bottles, computers, cars, and more!

Great for displaying how much someone loves the Colts in their kitchen or bathroom.

These clear purses are stadium approved! A very functional gift idea for ladies who love to go to Colts games. 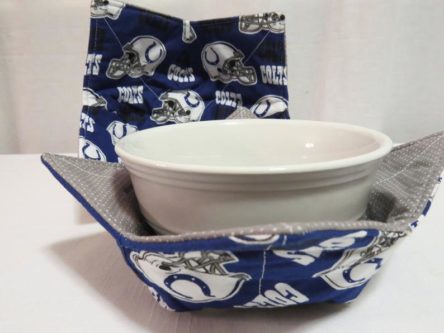 For someone who loves to watch the Colts on their TV at home, this set of cozies is perfect for holding that warm bowl of chili while watching the game. 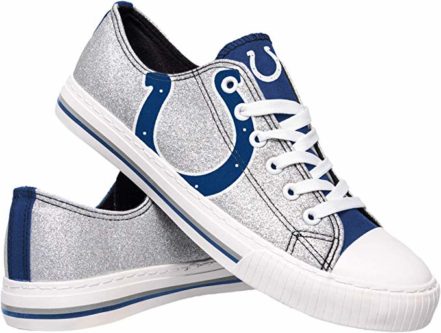 It’s easy to show off just how much someone loves the Colts with these every day sneakers. 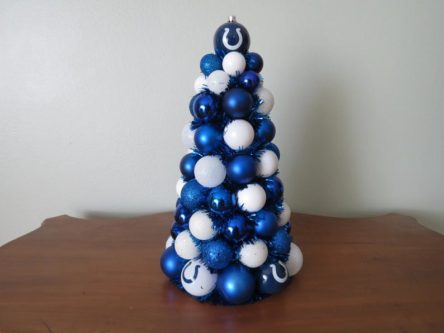 What woman wouldn’t like a new pair of leggings? Especially if they feature one of her favorite sports teams. 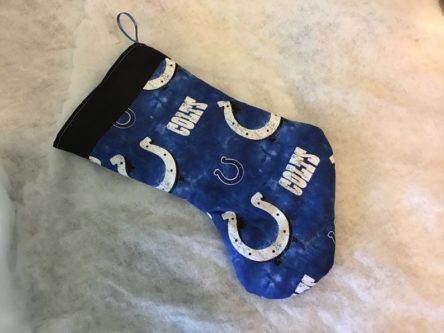 Can you imagine a mantle full of Indianapolis Colts stockings for a family of Colts fans? Start with one of these! 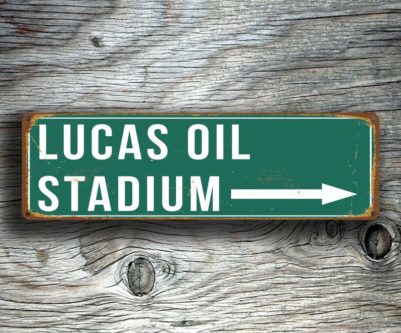 This vintage sign pointing toward Lucas Oil Stadium (where the Colts play) is perfect for decorating an office, man cave, dorm room, or any other place where fans of the Colts might be hanging out!

This flying disc game is portable and easy to take along when tailgating for Colts games! 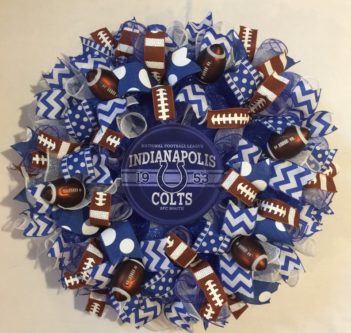 A great gift for a fan who already has everything! This wreath can hang on a door, decorate a living room for football season, or get jazzed up for a holiday!

Need a little something for their desk? This is a perfect way to charge their phone (iPhone 8 or newer) and store some goodies for their desk.

Great idea for kids who might be Colts fans! Use these bins to store items under their beds when space is already at a premium.

Unwrapping a warm, fluffy robe is always a good time – no matter who you are!

This shirt is perfect for the warmer game days! Wear it while tailgating or to a pre-season Colts game.

Home is Where the Colts Play – Indianapolis Colts Football Design 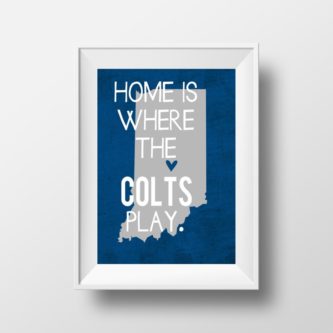 This digital file would be an awesome gift to print and frame for a housewarming gift, holiday gift, or birthday gift.

Amp up a Colts fan’s gaming set up or spice up their workspace with this comfy chair!

There are a plethora of items that fans of the Indianapolis Colts fans would love to receive! Anything that allows them to show off their love of the team around the house, in the office, or at the stadium is sure to be a hit!

Kelsee B. Hankins is an Indianapolis based creative professional - singer, actress, teacher, and all that jazz! She writes about all things Indy, arts, travel, food, and everyday life. Keep up with her at kelseebhankins.com!
This website uses cookies to improve your experience. We'll assume you're ok with this, but you can opt-out if you wish.Accept Read More
Privacy & Cookies Policy