There’s something about trains that brings a nostalgia for times gone by; simpler times, perhaps. Skimming across the countryside in a train car watching scenic vistas pass is an appealing thought. It’s easy to see why trains have been a source of interest for children and adults alike for a long time. Perhaps the man in your life is a train enthusiast. And whether he likes the miniature, set-up-in-your-living room type, steam engines or more modern models, we found a whole trainload full of train-themed gifts he might enjoy.

First up is an actual train, well, a model train at least. Christmas is the perfect excuse for adult train fans to bring out the toys, er, models and watch them go round and round. This one even has real smoke and authentic lights and sounds.

What’s more peaceful than the thought of the rhythm of the rails under your head each night? While this pillow cover won’t actually transport you there, it’s close.

If you’re looking for a gift for the manly man train buff, get him this train beer stein. That way he can show off his interest in manly locomotive engines while drinking his masculine beverage. 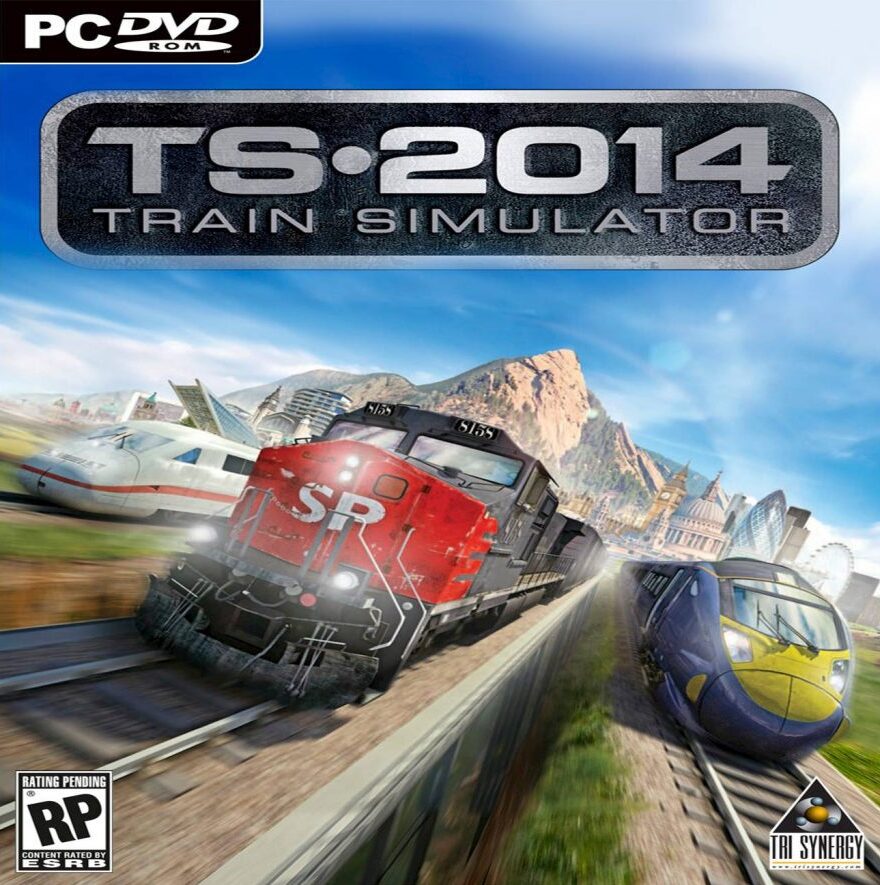 This train simulator would truly be the next best thing to actual train travel. And your train fan won’t even have to buy a ticket. 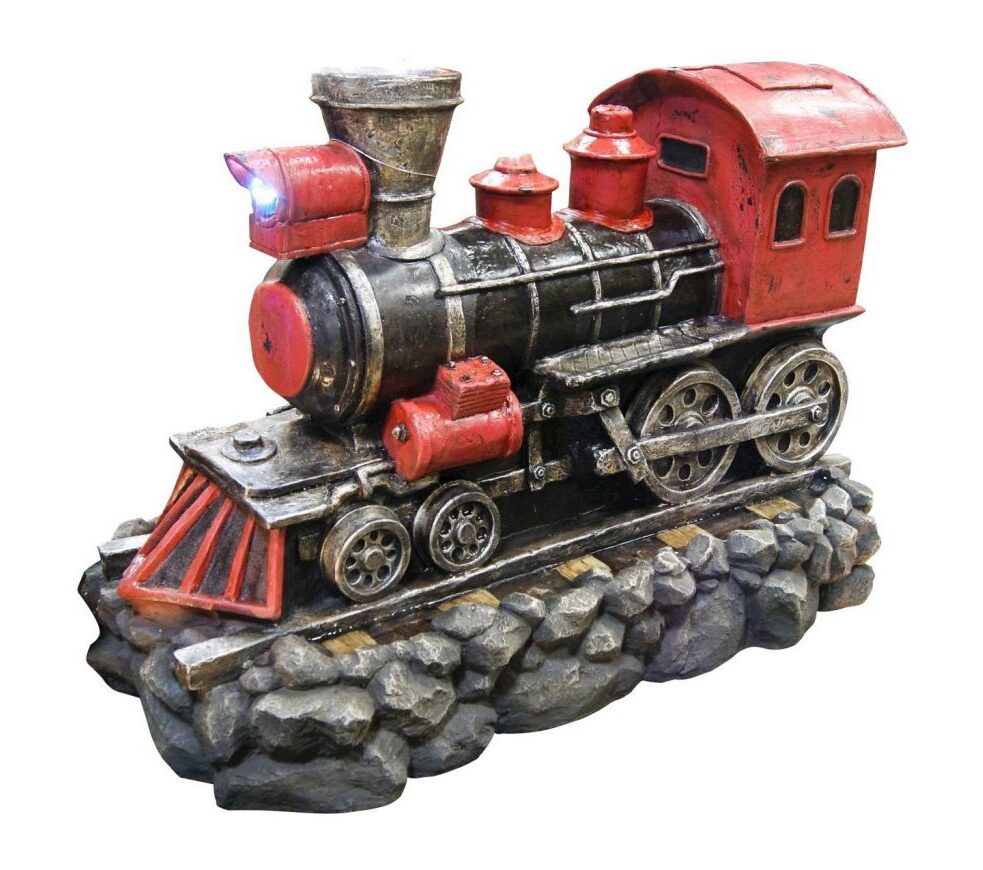 If you’re prepared to spend some bigger bucks on your train nut, buy him this train fountain complete with fogger and LED lights. It’ll be like train meets rock concert in the garden.

Trains. Every day. For a year. Train devotees will shout, “All aboard!”

Railroads Across America: An Illustrated History

For the railroad admirer who likes to read, or at least has a big coffee table, this beautifully illustrated compendium is perfect.

And for the man who really goes loco for locomotives, a subscription to Trains magazine will keep him reading all year long. A new issue each month highlights the newest and greatest stuff happening with trains; highlighting the fact that these powerful machines are far from extinct.

Or maybe your man gets into the way steam engines are made. Get him this book so he can really dig into the inner workings of these incredible machines.

And after he’s read the book, he’ll love to see how it works in 3D. This steam engine model kit will walk him through the steps of building his own engine, albeit on a smaller scale than most trains.

Running on time is a very important concept for railroads. This cool steam engine clock will remind the man in your life of trains and the time.

Or compliment his ego and remind him of the time simultaneously with this Big Boy Steam Engine Wall clock.

This fleece throw prominently featuring a steam engine train will keep him warm, but is a much cleaner option than actually wrapping up in a train.

At three feet tall, this three dimensional decal will provide a very realistic experience when applied to a wall. As long as the idea of a giant train roaring through your window doesn’t terrify you, this is a fantastic gift for the train lover in your life.

This little train alarm clock would be the perfect addition to any bedside table. This will allow him to wake up to one of his favorite things, trains, and make sure he’s on time in the morning.

Though the idea of reserving parking only for people with a very specific interest is a little unpopularly exclusive, the train enthusiast in your life will surely understand. He will love to put this sign in the garage or, really, any wall.

If your father or grandfather is a train buff, consider this train pill case. He can store all his pills, breath mints or butterscotch candies in this handsome little container.

This Tshirt manages to advertise an interest in trains in a handsome, understated way. And it comes in a range of colors so you can match your train fan’s eyes.

And for the train enthusiast who truly has everything, surprise him with this railroad spike fashioned into a knife. Or maybe just hand it to him carefully, point down. And it’s personalized no less.

Any of these train gifts for men will encourage the train devotee in your life to whistle with enthusiasm.

Trains were a powerful mode of transportation for people and cargo long before planes and automobiles took over and they continue to fascinate people a hundred years later. These gifts are sure to provide long-term delight to your male locomotive fan too. Got any other ideas for train-inspired gifts? Share them in the comments!

Bonnie Rucker is a communications professional who has been racking up the years telling the good story of local nonprofits in her much-beloved hometown of Tulsa. Lately she’s been branching out into doing some other writing on various topics for herself and for others. She’s still trying to get that long-awaited blog off the ground (stay tuned), and rarely admits to dreaming of writing the next great American novel. Her also-much-beloved husband and son give her lots of writing material, love and snuggles.