League of Legends, or LoL as it is commonly referred to, is known around the world by almost every gamer. It’s a simple, free to play team game which is played by professional gamers. Know someone who’d love gifts for all league of legends fans? With the world championships attracting over 32 million viewers this year alone, it’s a decent bet that some of your friends would have heard about it, or maybe even play it themselves.

Gifts for all league of legends fans

Even though the game is most popular amongst young adults, it’s not uncommon for those older to be interested in the game. Regardless, even without playing or watching the game, some of these gifts are just too cute to pass up on, even if you have no interest in the game!

Who would have thought something from a video game would be so adorable? This cute little fellow is the perfect size to carry around with you. Regardless of being a child or adult, this guy would melt the heart of any recipient.

Staying with the adorable plushies, this one is one of the “Champions” in the game, or playable creatures. Who wouldn’t want to have that cheeky smile anywhere they go?

This keyring features the same guy from our first gift, a Poro. Coming in different colours from green to purple, it’s LED light can be turned on whenever you want to see your very own Poro.

Don’t worry! These aren’t real weapons. These recreations of character weapons are made from alloy, and have a length of 8-10cm. Something a little different, but still a great gift.

These silicone wristbands come in 5 different colours for the 5 main roles in the game. Something that would be a bit more personal for the player or fan, they can now show which role they are most supportive of!

Here’s one that I imagine will appeal to the male gamers out there. This delightful mousepad supports your wrists while gaming in style!

What better way to show your love for a game then show it off to the world with this cool T-shirt!

This is something more aimed towards players than fans – This gift card gives in-game currency, which can be used to purchase things like new Champions and Skins to make them look cool!

Perfect for a gaming room, or even on show in your family living room – This painting will add spice to any room its in.

This is another of the collectible plushies. However, this would you can wear!

Sticking with hats, this Unisex hat is great for cosplaying, or just simply wearing when out.

Now you can build your own champion, with this amazing Do-It-Yourself brick set.

If the whole set isn’t for you, you can buy individual Champions, such as this mighty Garen figure.

Being incredibly comfortable, not only will this hoodie show your love for LoL, it will also be a great addition to your wardrobe.

This Mouse Pad is ideal for both gamers and casual PC users. You could even light up your office space with one of these on your desk!

Staying with Mouse Pads, this one features the different champions of LoL, and being made from a great material, you won’t go wrong with this.

Something a bit quirky! This is a map from League of Legends which would be perfect framed and hung from a wall.

This high quality poster represents many of the different playable champions in LoL.

This lovely bag is ideal for those gym-goers who feel like taking their passion for LoL with them.

This scary backpack is great for students of any age. Not only does it have a great design, it’s comfortable and easy to use.

League of Legends is a video game behemoth. There’s no other way to describe this game and it has single-handedly become the most popular MOBA game since its release in 2009. When a title has been out for a decade, there’s no doubt in anyone’s mind that there is a massive fanbase surrounding it.

Zoning For The Ultimate Gift

Millions of players enjoy League Of Legends and with numbers like these, that ensures that there are millions of fans. The odds are pretty astronomical that you know a few of these fans, I’d say. With a plethora of merchandise to choose from, it’s going to be a daunting task finding that ultimate gift and that’s where I come in with these 20 gifts for League Of Legends fans!

If you’ve played the game before, you know how adorable Poros are and I’m pretty certain that the fan in your life would love to have one of these for their shelf! 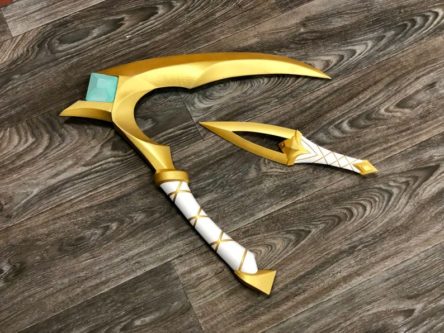 Akali is hands down one of the coolest characters in the game and her weapons are pretty legendary. These replicas are as close as you’re going to get to the real thing and they’re sure to be cherished!

I Just Care About League T-Shirt

When you have a hardcore fan on your hands, this shirt makes the ultimate gift. Proudly stating that all they care about is their favorite game….and perhaps a few people in the world.

Anyone who has played the game has had some embarrassing moments. Help the fan in your life stop feeding the enemy team with this awesome book. It’ll help their game for sure! 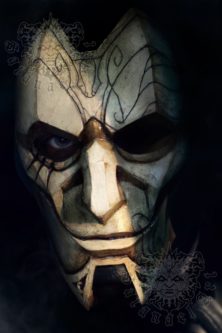 Barring the fact that he’s a psychopath, Jhin is, without a doubt, one of the coolest looking characters the the game has to offer. Whether it’s for a collection or cosplay, this mask is a treasure.

People of all ages enjoy coloring. What better way to do it than with this awesome LoL coloring book featuring your fan’s favorite characters and settings? 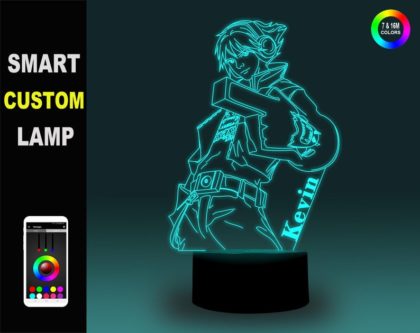 One of player’s favorite marksmen. Anyone who has gotten hit by some of his abilities knows that he is not to be trifled with. This custom lamp is here to remind your fan of how cool this character is and can even be customized with their name! 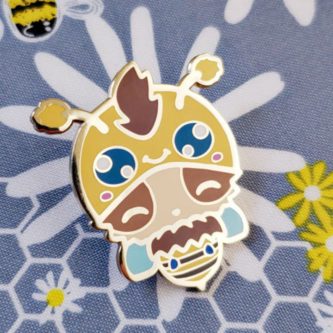 Undoubtedly one of the most adorable champions that League Of Legends, Teemo manages to get even cuter. This pen showcases the champ in all of his bee costume glory and will add some pizazz to your fan’s wardrobe! 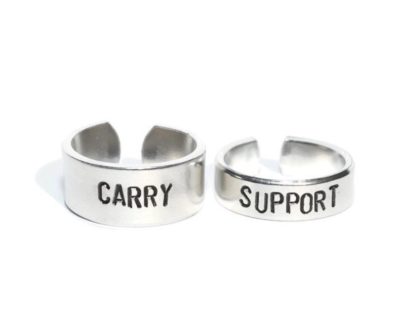 Two of the most iconic classes. Carry and Support. This gift is a perfect one for couples that enjoy playing the game together and are each other’s carry and support in real life!

With artwork featuring the entire roster of champions from the game, this one is sure to be your fan’s favorite mousepad. It’s even waterproof and skidproof for those intense matches! 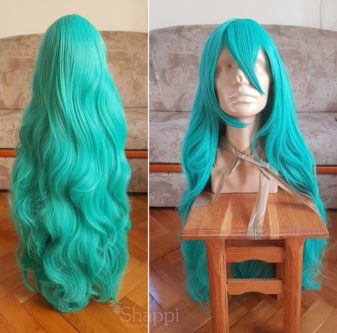 There are quite a few fans out there that love to cosplay and this wig is going to make that a cinch. Help the fan in your life bring one of the most popular and coolest support characters to life!

From poros to Nidalee, this sticker pack has it all! I’m not responsible for your loved one sticking these to everything around them though. 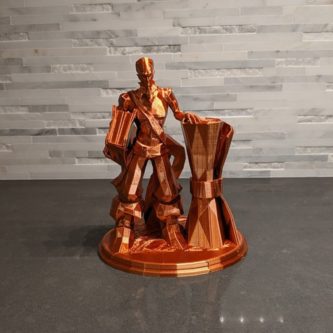 Ryze is one of the toughest champs to lane against, so how fitting is it that he gets his own trophy? Any fan worth their salt is going to want this guy on their mantle!

We’ve reached the end, friend! I’m certain that you’ve managed to snag a magnificent present for that fan in your life with all of this merchandise to choose from. Maybe you’re checking some of these out for yourself. I know I am! Did you find anything that you or the fan in your life couldn’t go without? Feel free to let us know on Twitter (@Ugifter) or Instagram (@uniquegifter) and thanks for checking out 20 Gifts For League Of Legends Fans! 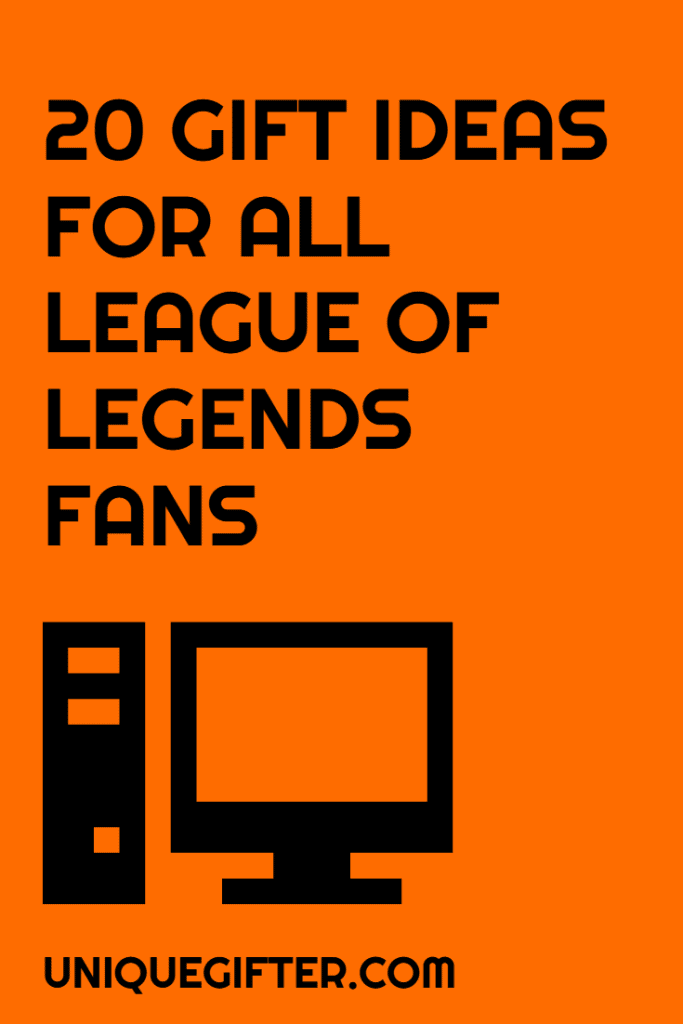 1 thought on “Gifts for all League of Legends fans”